How to Configure Google Tag Manager with Shopify in 2021 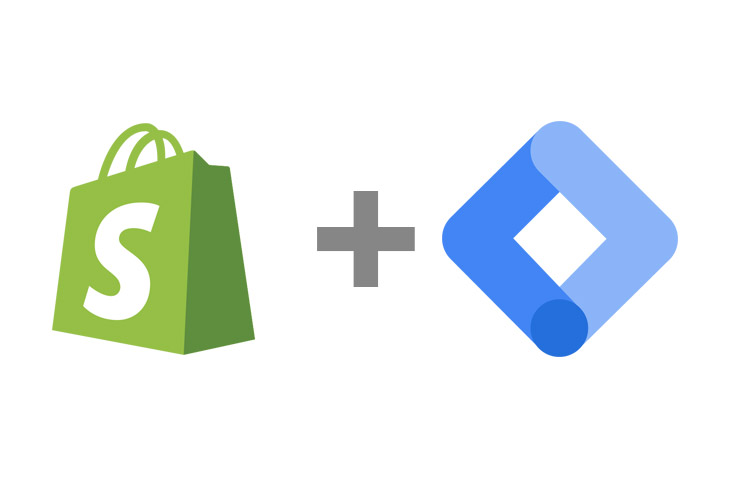 Google Tag Manager and Shopify in 2021

If you didn’t already know by now, Google Tag Manager (or GTM) doesn’t completely work any more on Shopify accounts, unless you have subscribed to Shopify’s pricey premium Shopify+ service. Details are a little hazy on why this has happened. This is because I don’t think Shopify really want to be known as the company that purposely crippled an important feature their own service in order to force you to upgrade. Now I’m not saying this is for certain, but it does look suspiciously true, and that bad feeling towards Shopify’s business model does seem to be the general feeling amongst fellow Shopify professionals.

From my personal experience (but I must point out, not everyone’s), GTM continues to successfully track general product browsing, but does not track any clicks once you get to the ‘business end’ end of the site, i.e. cart/shipping/payment.

What if I Place the GTM Tracking Code In: Preferences > Additional Google Analytics JavaScript?

This is where I’m suspicious about Shopify’s motives. Originally, (and is still recommended in most web scenarios EXCEPT Shopify) is to place main piece of installation code between the <head> tags in your stores theme.liquid file and everything was good. One day this stopped working. The solution was to place this code in the “Additional Google Analytics JavaScript” within your preferences. This did work for a while. But again this method also stopped working.

But I’ve Seen Videos on YouTube From Folk Who Don’t Have this Issue!

There are still tonnes of tutorials floating around the web and on YouTube showing ‘The Best Way to Install Google Tag Manager on Shopify 2021’ etc. But don’t get too excited. As of May 2021, they all fall under one of the following categories:

It Kind of Works

Yes, it does, and it still has a purpose within the Shopify platform. I can still justify using it. This is because it helps keep my Shopify accounts a little tidier. And when you’re working for a client who loves updating and changing themes on a regular basis, GTM is still a valuable tool to complement your Shopify store. Why? Because during upgrade, all you need to do is swap out a single chunk of code instead of trawling through all your web of pages to transfer all the little snippets of code to the new version of your site. So, it’s a definite time saver, and undoubtedly minimises potential errors during these Shopify theme update process. In addition, configuring GTM with your Shopify store won’t slow it down and with perhaps some misguided optimism, Shopify may backtrack and allow GTM to be fully functional again within regular Shopify accounts.

What Tags Do I Use?

Not many. I’d love to know out there if you still use it? The jury’s still out on whether the ‘Google Analytics GA4 Configuration’ tag is better placed directly within the Shopify code, or whether it’s fine to pop it in GTM. I chose the latter for the time being, and after running tests placing the GA4 snippet in both areas, the data was (as of May 2021) identical. However, why on earth GA4 is not reporting purchases? It’s something I’m determined to get to the bottom of. But as I’m still considered an ‘early GA4 adopter’, by all accounts, I shouldn’t expect too much just yet as GA4 is still under development.

Showing the tags I use in GTM

The Google Ads Remarketing tool works beautifully. I’ve also popped the Pinterest Base Code in GTM. I’ve barely touched the surface of what can be achieved with GTM and a non-Shopify+ account. I’ll keep trying things out and posting my findings here. Do you still find GTM an invaluable tool with your Shopify store? Please comment, I’d love to know!

But My Google Tag Manager Configuration Doesn’t Work AT ALL – What Am I Doing Wrong?

So, if you’re willing to accept that GTM isn’t going to work 100% on your store, and like me, you can still see the benefits of configuring GTM, how do you go about doing it? Well, I’ve seen countless subtle variations on the best way to configure GTM on a Shopify store. Some professionals even say that GTM is completely blocked – that it doesn’t work at all. I have never experienced this with the various themes I work with in Shopify. For those you who have recently experienced total GTM malfunction, I sympathise and can only tell you how I configure it, and if it still doesn’t work for you, consider trying a different theme? Good luck!

I wish I could tell you something new, but I implemented it in the same way that’s suggested by many. The v.2 method if you will. That is, placing the head code in: preferences > “Additional Google Analytics JavaScript”, and the (less important) body code applied at the top of the body section (within theme.liquid). Note: Some suggest to place a duplicate of the head code just above the </head> tag in theme.liquid, but trust me when I say it’s really not required.

There’s no doubt that GTM’s debugger definitely is tracking general browsing, but as mentioned earlier, nothing is tracked once I get to the shopping cart area. Also, in Google Tag Assistant plugin, GTM is indicated as green, but changes to blue within the cart area. In addition, (which may be unrelated – I just can’t find anything officially said about this), but on all my Shopify sites, whether deployed via GTM or just within theme.liquid, the ‘Google Analytics GA4 Configuration’ tag not tracking revenue or anything to do with Monetisation. It’s constantly at £0.00! I’ve found a solution to this and a tutorial will be coming soon.

As molecular conversion tracking is so important, even with smaller stores, GTM absolutely has a place within your Shopify store app/tool ecosystem. If enough Shopify customers stamp their feet, perhaps they’ll re-enable non-Shopify+ accounts to work seamlessly with GTM. Shopify’s very own built-in analytics/tracking/conversion tools are solid but I hope they’ll bow to customer pressure and give their customers a choice on how they choose to work.

I Still Want GTM Configured With My Shopify Store and I Need Help!

If you need help configuring GTM on your Shopify store – perhaps a client insists on it, and you’re struggling, why not drop me an email? I’d be happy to help.